Wildlife in the Greenbelt

This spring barred owls have been active in the northern section of the greenbelt.  The two fledglings spotted here

were probably born in May (the owls usually nest in the hollows of trees).

Fathers may do the hunting for food, but the mother tears prey into bite-size pieces with her beak and claws for the 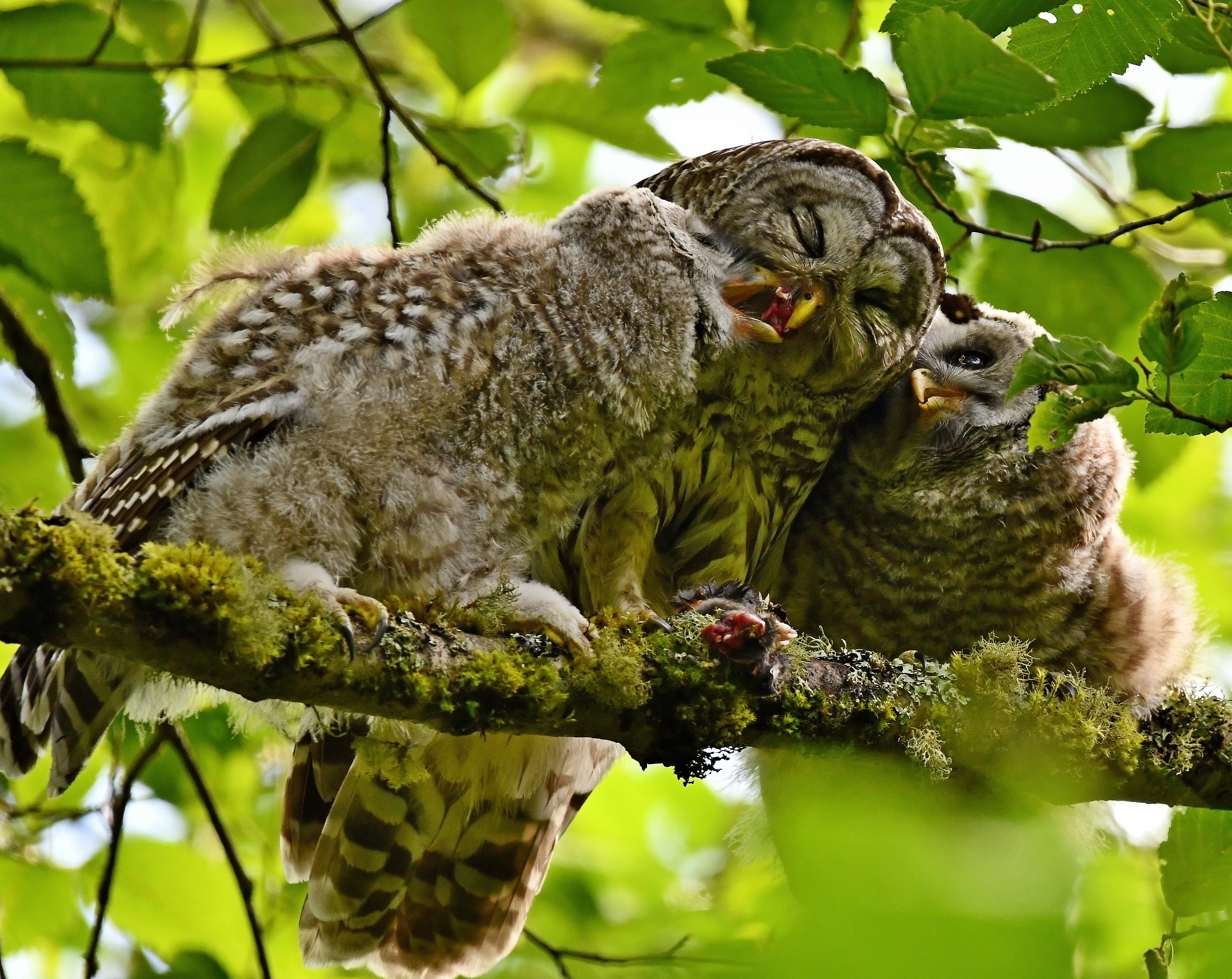 The owls do most of their hunting at dawn or dusk.  During the day they roost on branches unless the fledglings

squawk their hunger loudly enough to send parents hunting.  They have begun to catch their own food.  For more

There are also three Coopers Hawk nests, one in Pigeon Point Park, one in Puget Park and one in the Greenbelt near

One is shown feasting on a mouse, or is it a rat? 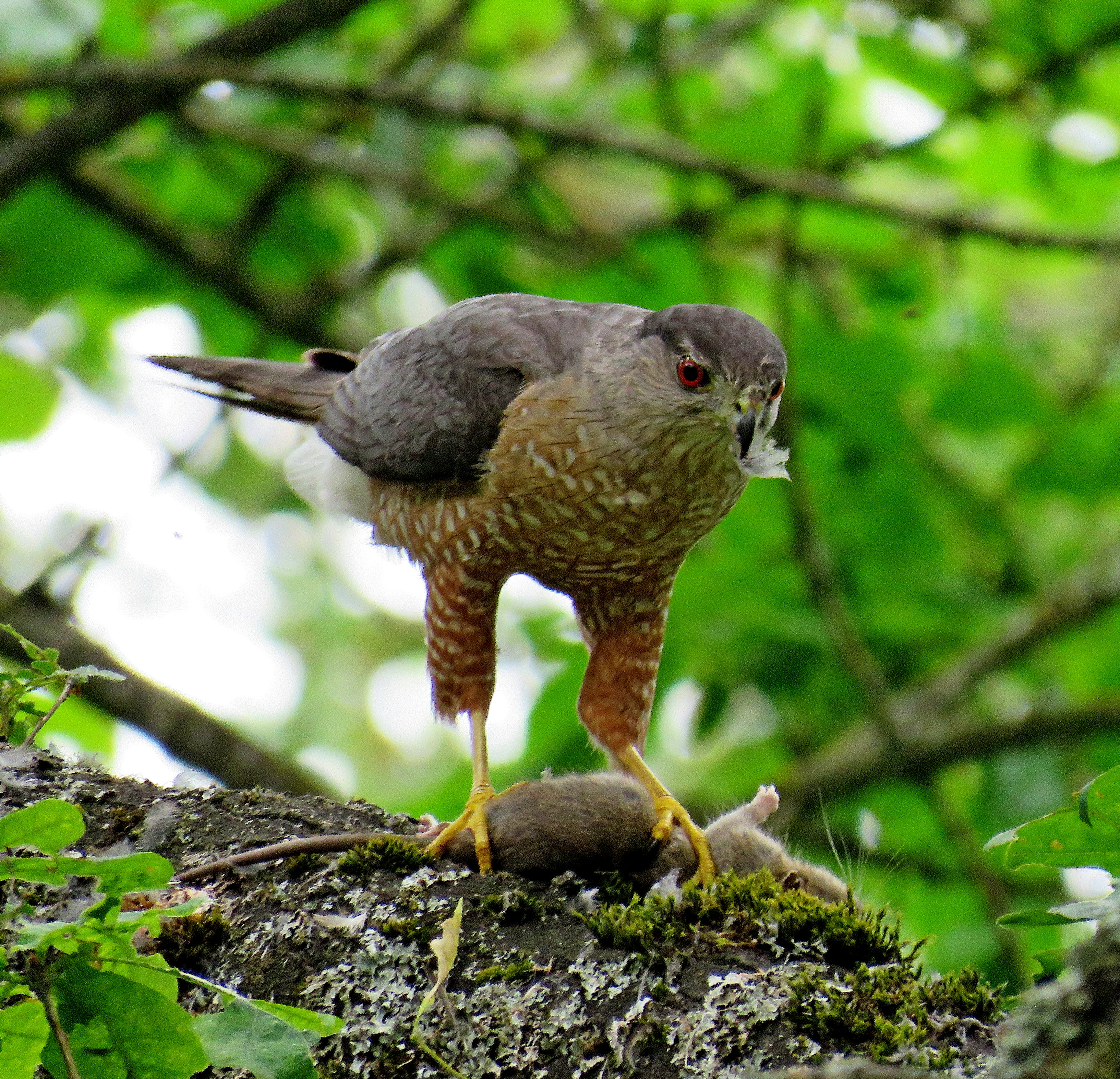 Photos are by Leo “Buzz” Shaw.